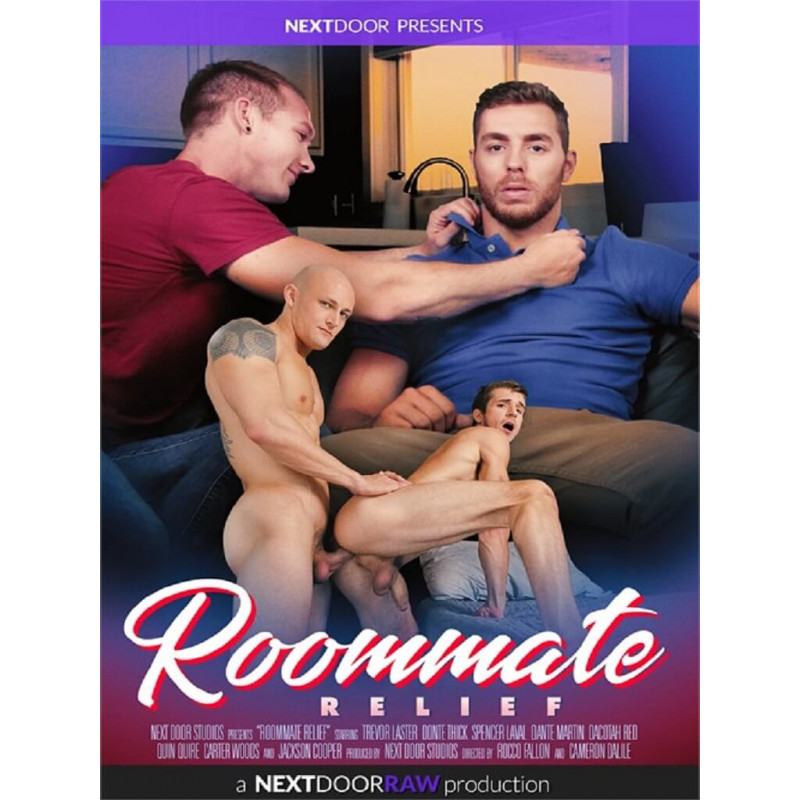 Notify me when available

Trevor Laster finds his roommate Donte Thick hiding in the room with his underwear up to his face, so he lets him have a taste of what he came for. Trevor watches him down his cock in one swallow. Dante Martin thinks he can make Spencer Laval some more money throwing a few parties. But he's only in if he's part of the deal. Spencer seems tempted, but confused, until Dante moves closer and grabs him by the hand. Discovering their shared secret, Dacotah Red and Quin Quire realize they have more in common than they thought. Quin moves on Dacotah, kissing him on the neck and working him out of his clothes. With a few hours to kill until his date, Carter Woods and roomie Jackson Cooper chill on the couch. Jackson tells him to relax and just enjoy it, as he makes his way down his chest to his pants, unbuttoning them as he begins to work Carter's cock with his mouth.