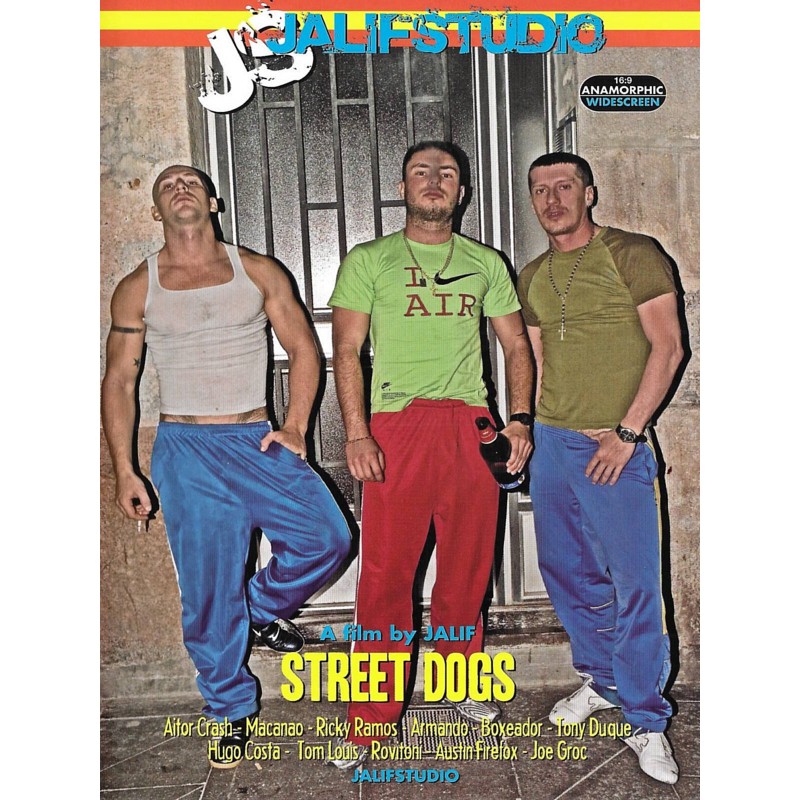 Synopsis: Joe Groc is supposed to be having lunch with some friends. But nothing is going to be as he has planned.

He has contracted a gardener to have everything ready. He is fed up with waiting his friends to come to the house and decides to leave alone the gardener and go to find his friends. The gardener take the chance and stops working and, after robbing some CDs, he wanks and comes in a can of beer.

Joe gets to Armando’s house and rings the bell, but no answer. Armando is too occupied being fucked by three guys he had cruised in the street.

Joe decides to go to a sex-shop nearby. He gets piss by two cocks coming out from a glory hole. Two custumers, Hugo Costa and Tony Duque, are having a good shag while the shop attendant (Rovitoni) and another customer (Tom Louis) does the same.

Finally, Joe arrives to his house. He takes the can of beer that the gardener had left there and drinks it all!